Core Questions for Getting to Know Your Characters 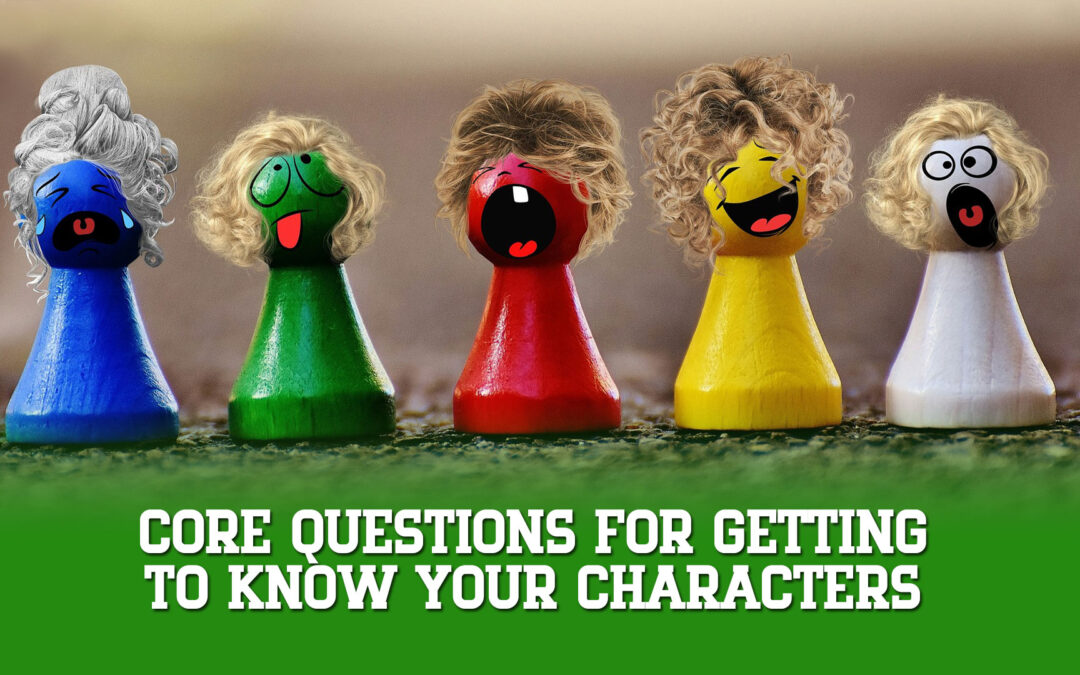 Core Questions for Getting to Know Your Characters

All elements in your children’s story are important. Yes, the setting is fundamental, the plot is pivotal, the theme is necessary, and perspective is needed. However, no element can surpass the characters. Your book characters are a driving force in your story. They carry the plot, action, point of view and match the theme. Without the characters, your readers can not experience the world that you’ve created. Readers can interact with your story, the environment, and feel the emotions you want to portray through your character’s personification. No story would be a story— a successful one without the amazing characters to define it.

The success of the book, The Bald Eagle Who Wanted to Fly the American Flag by Attilio Guardo, was all because of Elgae. This character may be an Eagle, but Guardo fleshed him out in every detail that any child would love the character. How Guardo designed this character was not basic rather, he dived a little bit deeper to bring him to life.

What Is Your Character’s Primary Goal?

Children or any reader would fall in love with characters, not because of how they are physically portrayed but rather their representation. Young readers love to read about someone they can relate to or someone they want to be like when they grow up. So, what is the one singular thing they desire more than anything in the world? Most children look up to them because of their mindset, emotions, and motivations. They adore characters not because of what makes them physically realistic but with what’s at the core of them internally. Thus, ask yourself this question. This is to pinpoint what matters most to the character. This also illustrates what type of person they are. Moreover, this leads to the next question that will help you delve deeper into your character.

Why Does It Matter to Them?

Each one of us values something for varied reasons. Your character must also have this as this makes a difference in their personality and motivations. For instance, their primary goal is to have freedom; this instigates a character that is idealistic and a dreamer. This character can be someone who is afraid or tired of being tied down. Once you have fully understood what that character values most, you will know them at a better, core level.

Furthermore, this question interweaves into the plot as well. This can be the driving force that will keep your story moving towards a great conclusion. Additionally, this question takes account of how that character is attempting to be human. What your character values most says a lot about who they are as a person. Therefore, dig deep into your character’s subconscious and see what is inside it.

How Would This Character Act to Achieve This Goal?

This question suggests what behavior your character has when faced with adversity. Will he be the one to fight until he reaches the top? Or, will he give up everything? This helps with developing what else might be in the character’s life. Knowing how your character will react in different situations can help you develop scenes that will bring the character to life. This will exercise your imagination. You will need to put your character in a range of scenarios to bring him to life on the page.

How Is This Character Influenced in Life?

Now that you’ve understood your character’s identity and nature, it’s time for you to delve into the circumstances that shaped your character as a person. Who or what influenced him to pursue this goal. This is similar to knowing the backstory, but this explores the facts that will never be revealed in your novel. Although the backstory is part of almost all novels, you have to consider that you are writing a children’s book with a suggested length and word count. Keep backstory information to a minimum.